In the morning we went to school and we had presentations. Everybody told something about their country, city and school. 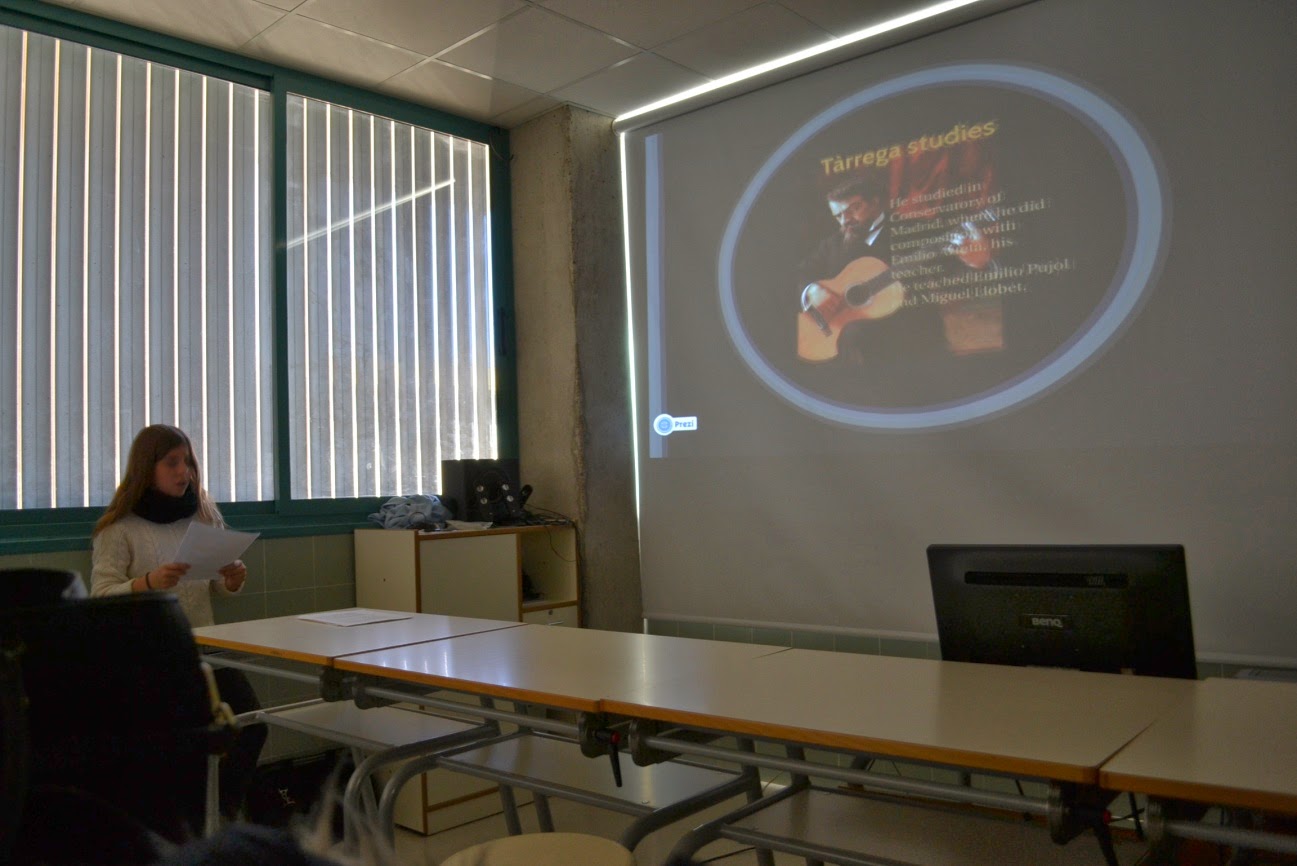 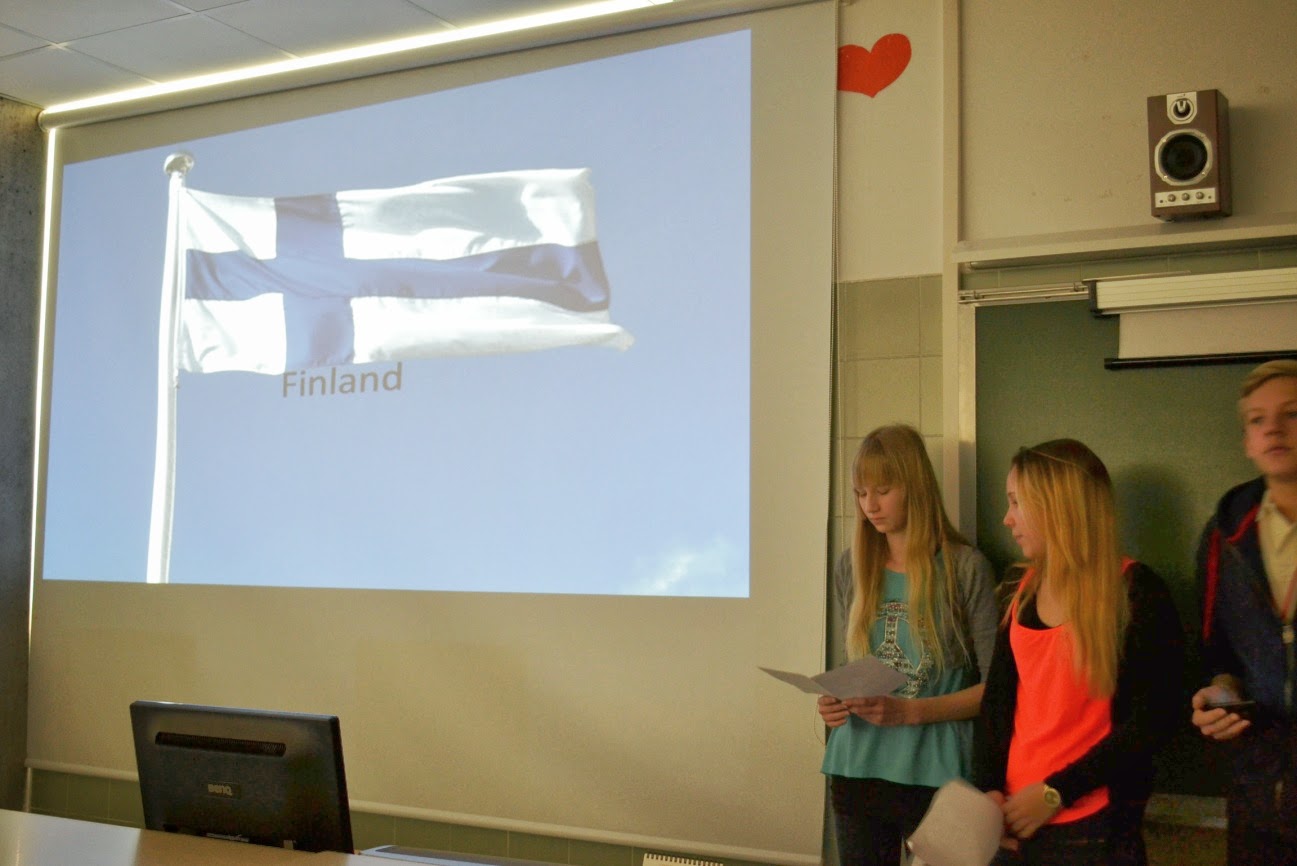 Then we wrote our CVs in English.

After school we went to lunch and then we went to shopping. It was very nice! 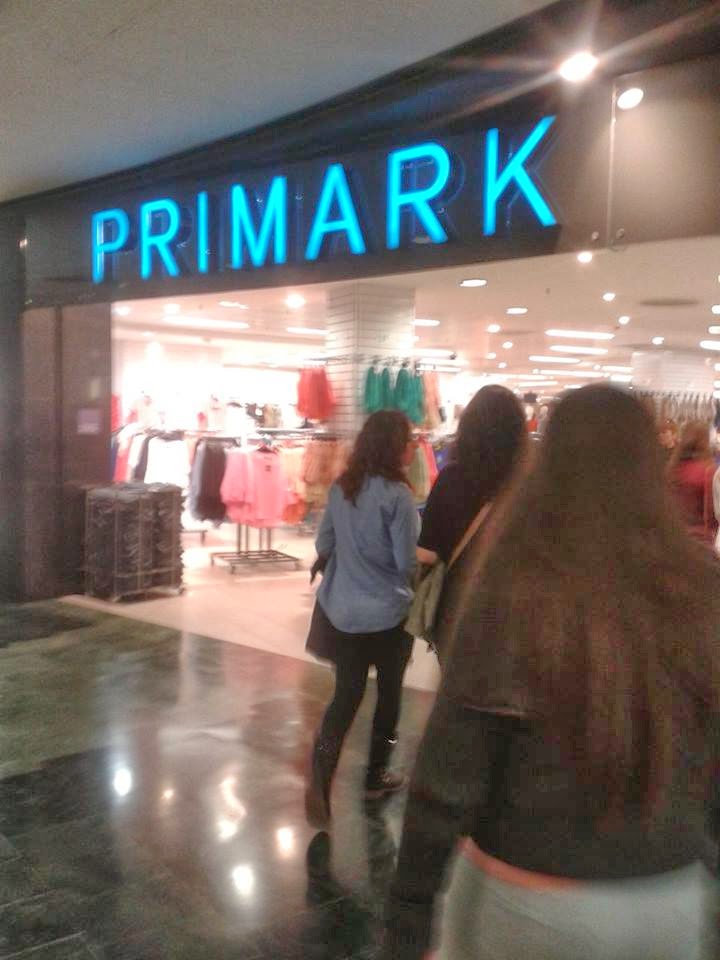 In the evening we went to McDonald's and spent time together with our friends. 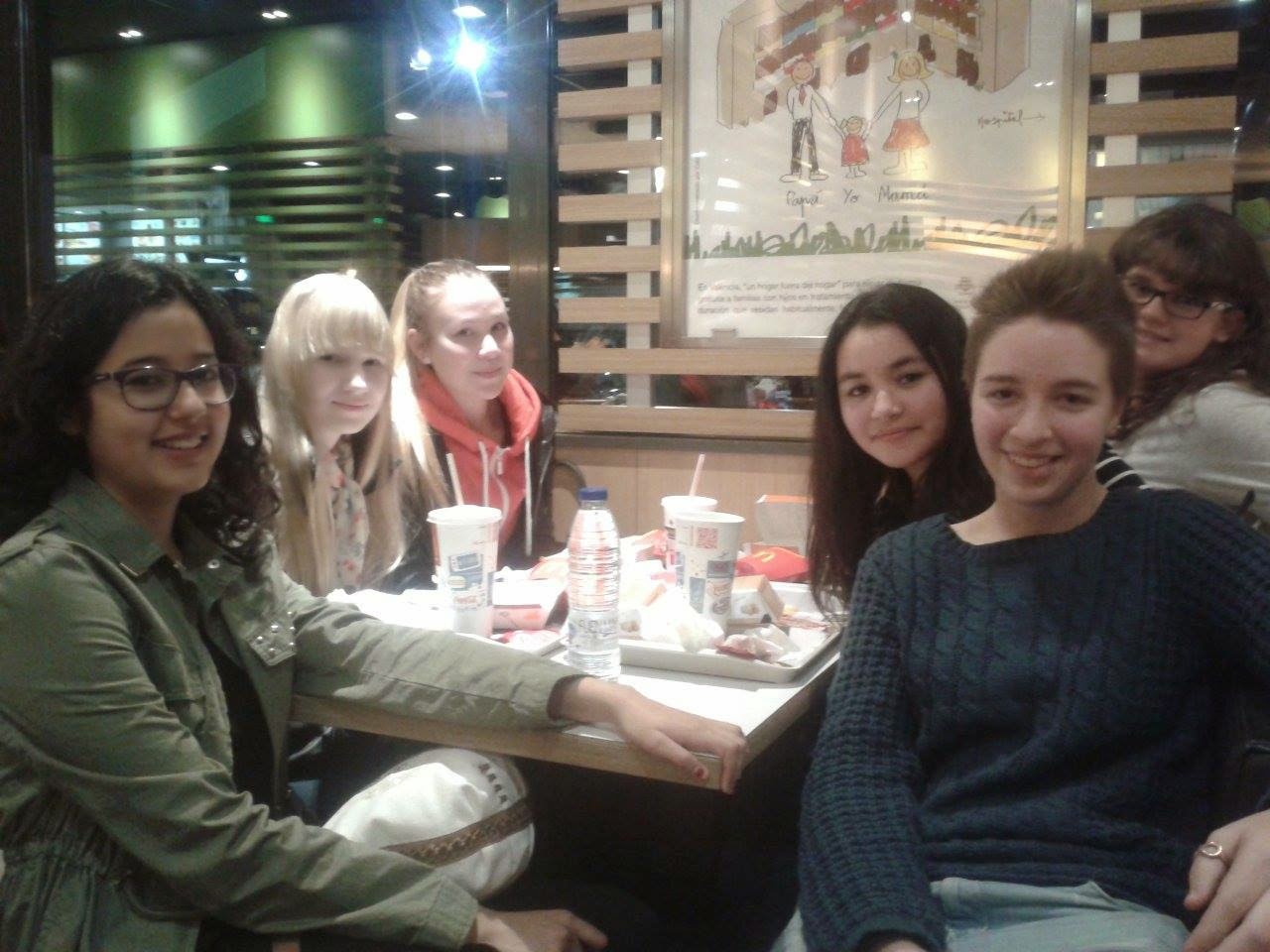 
When we went to the school we ate Spanish food called churros. They were very tasty when we dipped them  in the hot chocolate. Then we left the school and headed to the orange factory. We learned a lot about Vila-Real’s history. In the orange factory there were workers who were sorting bad oranges from good oranges. There we learned many things about working at fields and factory. And we all got oranges for free! 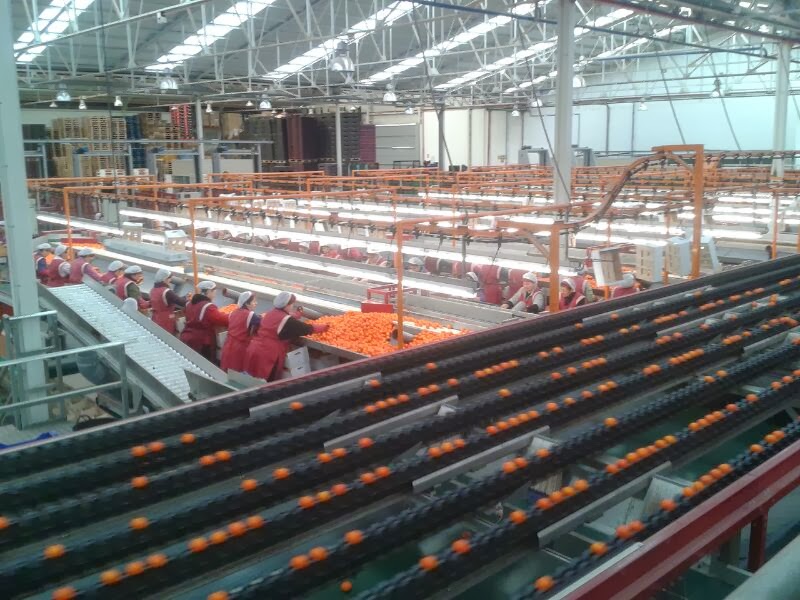 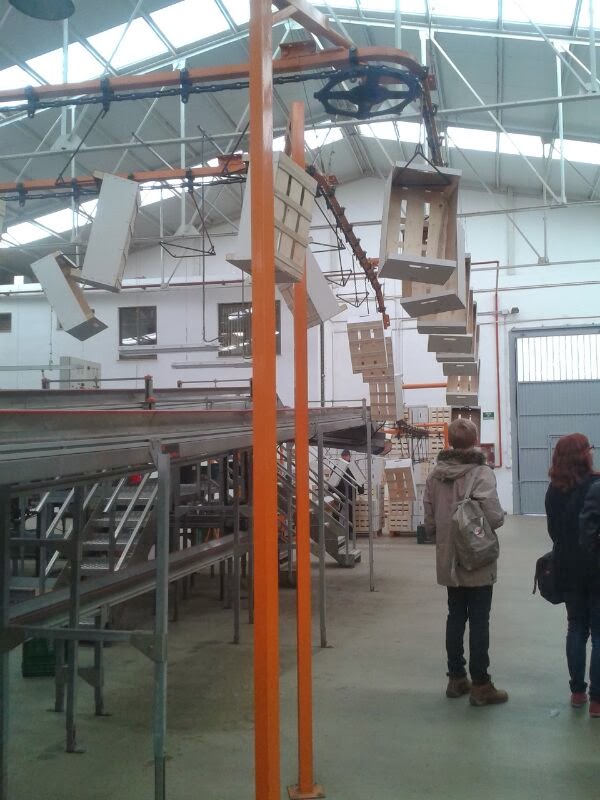 Next we went to the football academy. There were many boys practising to become professional football players. Unfortunately we couldn’t see their special exercise. Vila-Real’s football team is one of the bests in Spain!

Then we visited Madrigal stadium which was huge! And we even saw one fan club poster from Finland. 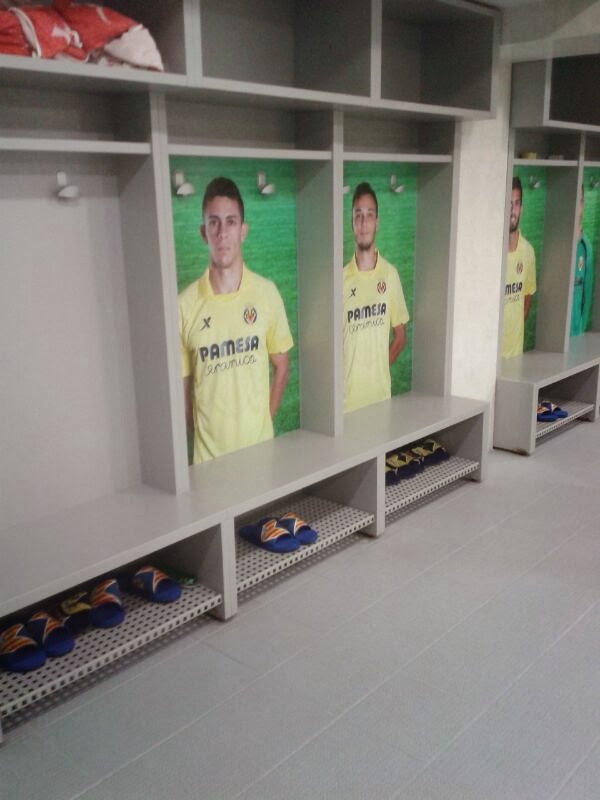 Next stop was Vila-Real’s city hall. The Mayor welcomed us to Vila-Real and we took a picture where we all were together.
After the exciting day we went back to the school and our host families. 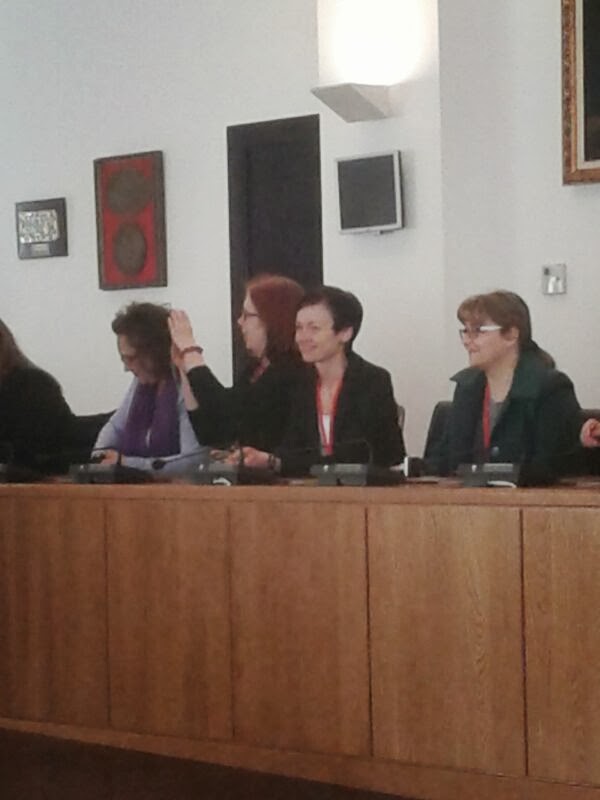